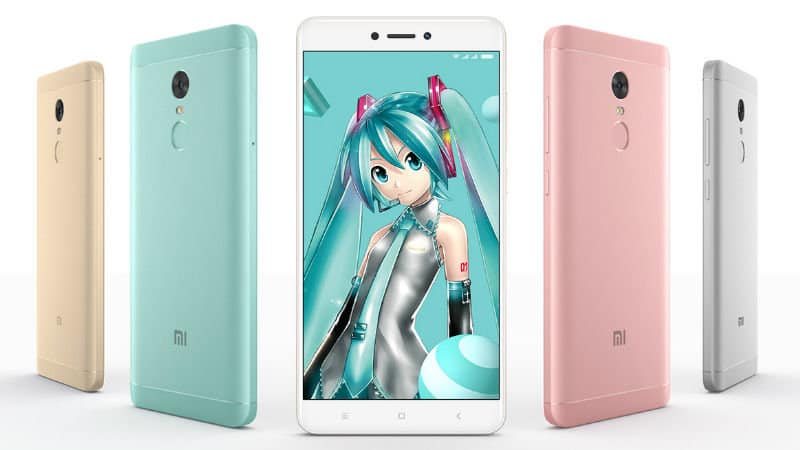 Xiaomi Redmi Note 4 is the successor to the Redmi Note 3, which was launched last year. The Chinese Smartphone Manufacturer has been selling the Redmi

Xiaomi Redmi Note 4 is the successor to the Redmi Note 3, which was launched last year. The Chinese Smartphone Manufacturer has been selling the Redmi series as well as the Mi series of smartphones globally with high end specs at low price. Xiaomi saw huge success last year, after the launches of the Xiaomi Redmi Note 3 and the Xiaomi Redmi Note 3S. In particular, the company for the first time last year registered the revenue of the company crossing $1 Billion in India. This figures come when Xiaomi has also started selling fitness bands, earphones, air purifiers, powerbanks and some other products to add to a already big product line of smartphones. Though, their biggest grossing products remain to be the phones.

Talking about the design of the Xiaomi Redmi Note 4,  the device sports an all-metal body with rounded corners on the side of the phone. The front and the rear of the device meet seamlessly in the middle because of the curved 2.5D glass at the top and the rounded corners at the bottom. The front of the phone includes a in-ear microphone, front camera and at the bottom are the capacitive navigation buttons.

The phone features a 3.5 mm Headphone jack and an IR Blaster sensor at the top. At the bottom is the Micro-USB port for charging alongside the speakers. The rear of the phone houses the camera module, below it is the dual-tone LED flash and the fingerprint scanner.

While the Redmi Note 4 looks very much similar to the Redmi Note 3 without any viewable changes, the design of the device is just like any other budget smartphones which you might not like. The metallic body does make it look premium but nothing new here. While the design is nothing new, the build quality is simply amazing. It’s surely the smartphone with best build quality in this segment.

Redmi Note 4 feels comfortable to hold because of it’s ergonomic design. After using the device for around a week, I can say the phone feels very comfortable and has decent weight. The phone is comfortable for watching those long movies or playing games or browsing through social media.

The Xiaomi Redmi Note 4 is not the best looking smartphone in the segment but feels much better in hand. Much better than the Redmi Note 3. The 2.5D curved glass has improved the overall looks & feel of the device. I would simply love the matte black option, if you can get one of those, it’s surely the best looker!

The display of the Xiaomi Redmi Note 4 is a 5.5 inch full-HD IPS display that has a resolution of 1080×1920 with a pixel density of 401 PPI. The Xiaomi Redmi Note 4’s display has also got some improvements over the Redmi Note 3. The display is brighter and the colors reproduction is excellent. We tested the phone in outdoor conditions under direct sunlight and the display was visible comfortably.

Thanks to the screen calibration option, one can adjust the screen temperature depending on how they want it to be. The phone does come with reading mode or you can call as night mode to reduce blue light from the display. The Xiaomi Redmi Note 3 had 2x Cortex-A72 cores & 4x Cortex-A53 cores which helped it to offer cutting edge performance. The removal of Cortex A72 in the Redmi Note 4 does comes with a price which can be best felt in performance-intensive scenarios

The Qualcomm Snapdragon 625 bears 8x Cortex-A53 cores on a 14nm fabrication process. It’s claimed that the cluster setup is supposed to be divided into a performance (4x cores) and efficiency (4x cores) combination (as intended), but in the real world we routinely saw that all 8 cores were capable of reaching the 2.0GHz peak clock speed and staying there.

Due to the A53 cores, the battery life is much better but the performance on Redmi Note 4  is lower than Redmi Note 3. In a benchmark test, the RN4 scored 841/2927 at its highest, while the RN3 could manage 1492/3482. Similarly, the RN4 scored less in AnTuTu benchmarks as compared to the RN3.

Xiaomi Redmi Note 4 has a hybrid Sim tray which supports either a single Nano Sim and a Micro Sim or a Nano Sim and a Micro-SD card. Both the accounts support 3G as well as 4G operations. The device supports a Micro-SD card of upto 128GB. For the specifications, the Xiaomi Redmi Note 4 has a 4100 mAh battery which is 50 mAh more than the Redmi Note 3. In the camera department, the phone has a 13-megapixel rear camera with f/2.0 aperture PDAF(phase detection autofocus) and a dual-tone LED flash.

One omission to the hardware, is the exclusion of NFC(near-field communication) which is used at the digital payment terminals for services like Android Pay. On the brighter side, the phone comes with 4G VoLTE support and 4G worked pretty very well during the testing period.

On the software front, the Xiaomi Redmi Note 4 runs on MIUI 8 based on Android 6.0.1 Marshmallow. The beta testing of the Android 7.0 Nougat for Xiaomi Redmi Note 4 has already started and it should recieve the update soon. MIUI 8 is a feature-packed custom skin from Xiaomi on top of Android. MIUI 8 comes with features like MI Cloud which offers 5GB of Cloud Storage for free to the users who sign-up with an MI account. There is also a redesigned Gallery app which comes with video editing and sharing features.

MIUI 8 also packs two most prominent features : Dual Apps and Second Space. The Dual Apps feature creates two instances of the same app so that two different accounts of the same app can be used. The best use of this feature is to create two different instances of WhatsApp or Facebook Messenger and use two different accounts which is not normally possible. Second Space offers multiple accounts in the phone which means that if the user activates the Second Space then the data from the previous user will be hidden and there will be no applications carried over from the previous install. More of like a Guest user!

One more additional feature on the MIUI 8 is the ability to take Scrolling Screenshots which was first introduced by Samsung in the Samsung Galaxy S6. Scrolling Screenshots feature allows the user to take the screenshot of the full webpage without having to take multiple screenshots by scrolling and rather attaching the full webpage in one long screenshot. Xiaomi has also done some useful improvements to its pre-installed apps such as Dialer and Messages.There is also a Themes app which allows user to change the look and feel of MIUI 8 by customizing with different wallpapers, ringtones and icon-packs.

Xiaomi has also added a useful mode known as One-Hand mode which when turned on shrinks the display size of the Note 4 from the standard 5.5 inches to options of 3.5 inch,4 or 4.5 inches. This mode is particularly useful for people with shorter hands to use the phone with ease.

The Xiaomi Redmi Note 4’s performance is extremely solid. The phone performs extremely well at whatever is thrown at it. We tested the 3GB RAM variant of the Redmi Note 4 and we didn’t find any performance issues whatsoever. The phone performed exceptionally well with games like Temple Run 2, Angry Birds and the likes. Heavy Games like Asphalt 8 and Need for Speed were also handled quite well and there was no noticeable lag or frame drops. One thing that we noted is that the phone tends to get a bit warm while gaming but the heat is quite manageable and it is expected to get a bit warm considering its all-metal construction.

MIUI 8 is chock full of animations, which can give a feeling of fluidity to the OS experience but ends up feeling less snappy and not quite as instantaneous. Some parts of the MIUI like the app opening animations and the recent apps switcher took some to load which may feel like a lag but the MIUI animations are to be blamed for that as MIUI continues to be a heavy skin on top of Android.

The camera in the Redmi Note 4 is a 13-MP rear shooter and a 5-MP front shooter. The Xiaomi redmi Note 4’s rear camera can take videos only upto 1080p resolution. The video quality was quite good and the focus was pretty fast. The photos taken from the rear camera had very good quality with good details. The camera was tested under both bright light as well as low-light conditions and the results turned out to be pretty good.

The battery life on the Redmi Note 4 is exceptional, with 2 Days of battery backup on a single charge on moderate usage like Messaging, checking maps, watching “some” videos & listening to music. It can also extend upto 2.5 Days on basic usage like Messaging, calling & Music. If you happen to have a busy day on the phone then don’t worry because the phone is guaranteed to last atleast a day on extremely heavy usage like Gaming, Messaging, Videos, capturing videos etc.

The Xiaomi Redmi Note 4 is a complete package at a budget price. This device is fast, performs everyday tasks with ease, has the latest software and an extremely premium looking design.

The phone is a must buy if you are looking for a phone with decent specifications, premium looks and solid performance.