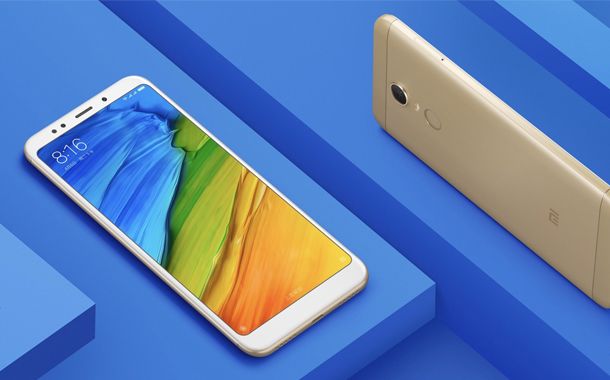 Xiaomi Redmi 5 and Redmi 5 Plus Review

Is it the end of a (small) era? It seems that Xiaomi has put an end to the expected departure of Xiaomi Redmi Note 5, and therefore to all future Note

Is it the end of a (small) era? It seems that Xiaomi has put an end to the expected departure of Xiaomi Redmi Note 5, and therefore to all future Note models. The Chinese brand changes its policy with respect to one of its most successful smartphone families, at least according to one of its moderators.

Since 2014 Xiaomi launched the Redmi Note, basically a more powerful variant and with a larger screen of the original Redmi released in 2013 each model of this family has been accompanied by its Note version, reaching the Xiaomi Redmi Note 4, one of the most successful terminals of the Chinese brand. Just at the beginning of this month came the next iteration of the family, the Xiaomi Redmi 5 and Redmi 5 Plus. But those who have not updated their Redmi 4 Note expecting precisely the output of the Redmi 5 Note they know that it will not happen because, in theory, it has already come out.

On the front it looks identical but on the back there are some slight differences. The Redmi 5 has a piece of metal which looks like a cover, and the edges are smooth without any lines. The Plus however has a cutout all around and the silver lining reaches out to the sides of the phone. The edges on the Plus are also chamfered compared to the standard Redmi 5.

The back of the phone is made of metal and if I’m not mistaken, the top and bottom is plastic for the signals to pass through. The sides of the Redmi 5 should be plastic since it’s a continuous use of material. If you ask me, I prefer the design on the Redmi 5 Plus.

One handed ease of use is better on smaller one but the power and volume rockers are still manageable on both devices. Buttons are pretty tactile and One Handed mode is there if you require.

Like all the Redmi series, the fingerprint sensor is on the back, just where the finger will rest on naturally. The sensor is always active and unlock speeds are very quick as well. 2 speaker grills are at the bottom flanking the USB port but only 1 has sound coming out from it. It’s a pity dual front facing speakers are not here.

There is a LED light on the right of the front camera and it’s larger on the Plus and the colors cannot be changed. The camera is protruding on both models but at least a case is given so it’s more usable on the table. The quality isn’t the best but at least it’s free.

The thin bezel display is a refreshing change and a new one in fact for the Redmi series. Gone are hardware buttons in favor for software navigation which I think is on the right track. With the buttons gone, the top and bottom bezels can be reduced for a bigger viewing area. The Redmi 5 has a 720 x 1440, 5.7 inch display and the Plus has a 1080 x 2160, 5.99 inch display, both having 18:9 ratio. For sharpness, it’s not that obvious but the Plus looks sharper to me.

Colors are pretty vibrant but both phones seems to have different shades of the same color when comparing the photos. The blue sky looks more blue and the green is more dull compared to the Plus, and I made sure that I focused on the same area on both phones. Viewing angles are also good, retaining most of the details. I noticed some color difference at an angle which I’m not too sure, might be due to a different panel used.

Both phones support dual SIM but for SIM slot 2, you can only choose SIM card or SD card slot. The micro SD card supports up to 128GB.

The Redmi 5 does not support 5GHz wifi and Hall sensor but the Plus model does. Other than that, both have Bluetooth 4.2, 12MP rear camera, 5MP front camera, GPS, IR Blaster, FM Radio and Compass.

As for real time performance, loading games on the Redmi 5 was a little slower than the Plus. Other than that, fps was good with little or no stuttering in game. There was no noticeable heating when playing for longer duration as well.

Depending on the amount of RAM, multitasking shouldn’t be an issue. 2GB RAM can be too little for power users so I recommend getting at least 3GB RAM to be more future proof. In general apps open and loads fast but clearly the Plus does it quicker.

As for network, it hovers around 5 bars most of the time and phone calls was clear with no drop calls. Although it’s dual SIM, it only supports a single 4G network at any one time. This can be changed at the SIM cards and mobile network settings. Network speed was quite good for WiFi and 4G as well.

Both are running Android 7.1.2 with MIUI 9 on top. To install Google PlayStore, head to the Mi App Store and get the Google installer where it will install services for Google services to work. I have a video showing the features of MIUI 9 so be sure to check it out in the description box below. As the Redmi 5 is now using on screen buttons, there are additional settings to configure like hiding soft buttons.

There is no support for Quick Charge but using the supplied charger rated 5V/2A, it took around 2 – 2.5hrs to charge from 0-100%. Of course the Plus took more time, around 15-20mins longer. There is a battery saver mode that turns off some features to push the battery even more.

Both phones have a 12MP rear camera and a 5MP front camera with similar camera modes like Panorama, HHT and Tilt Shift. Tap the triple circle icon to access the camera filters.

Although both phones have some color differences but I find that for day shots, it’s on par. As for night shots, the Plus takes clearer photos. The Redmi 5 tends to have more shades of blue and the Plus more to the green side. In general HDR takes brighter photos and takes a little longer to process and for HHT, I don’t see a big difference with the normal night photos.

Macro shots are pretty good with a distance of about 10-15 cm to be clear. The Redmi 5 has zoom of up to 8X and the Plus up to 10X. Camera focus speed is fast in daytime and performs slower in low light conditions. Autofocus works pretty well too. There is a manual mode that only has 2 options, White Balance and ISO.

As for video, Redmi 5 has only Time-Lapse mode and the Plus has both Time-Lapse and Slow-Motion. Redmi 5 is good for 1080p recording but the Plus takes it up a level at 4K video recording. There is no OIS so expect the videos to be shaky.

Selfies will make you years younger with the Beautify tool but I find that the surrounding can be a little too overexposed.

Even though I prefer bigger screens, Xiaomi could have retained the smaller display for those that still want a smaller screen, so there is a main difference with the Redmi Note series. Even though the display color looks different, the camera is just somewhat good, I am still quite satisfied with the Redmi 5 at a budget price point. Between the 2, performance was quite on par, but I prefer the colors on the Redmi 5 yet liking the higher resolution on the Plus. One downside that might be important to others is the lack of 5GHz Wifi on the Redmi 5. If I were to choose, I would go for the Plus for the bigger battery.