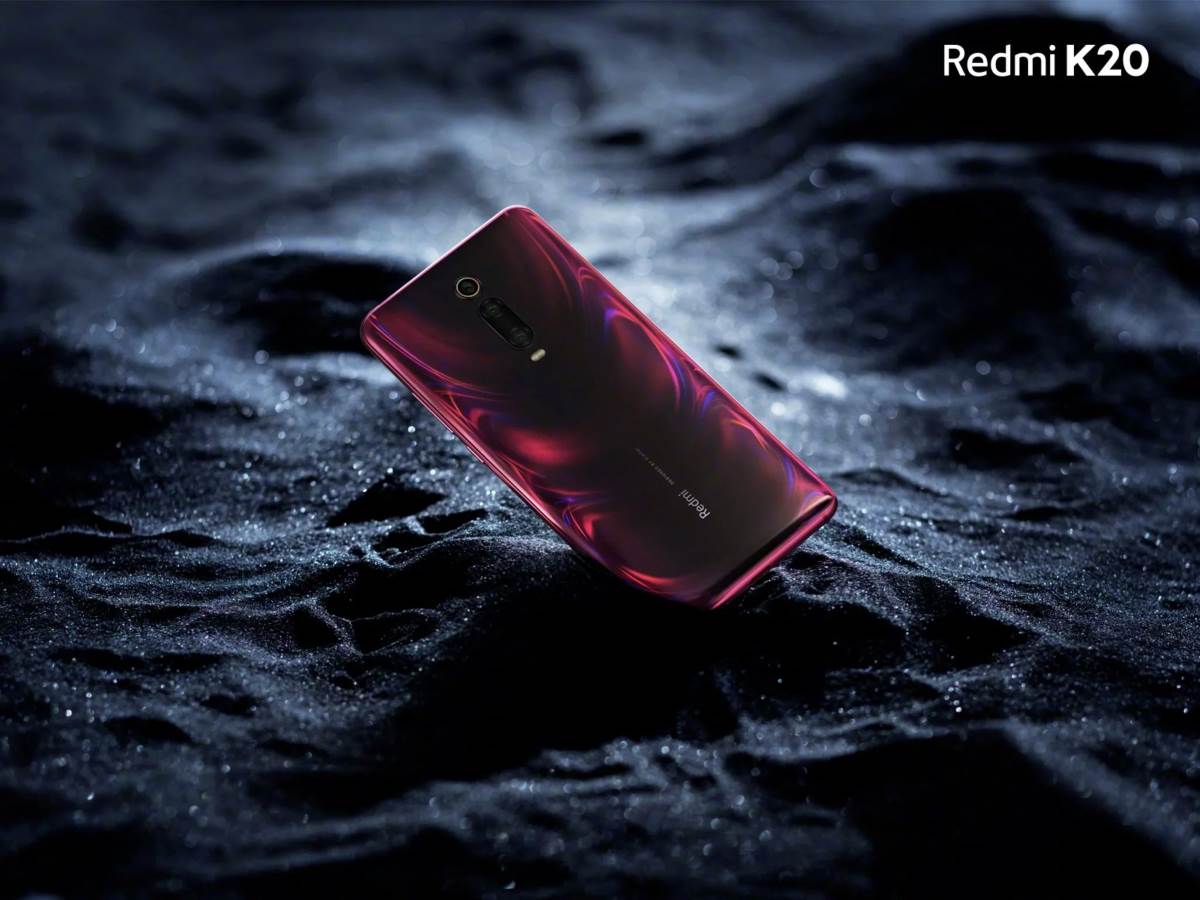 Xiaomi brand Redmi, will release its two flagship phones this week: the Redmi K20 and K20 Pro. Details of the regular K20 have now surfaced, painting

5 useful features in Google Maps you may not know
How To View Saved Passwords In Chrome For Android
How to Play PC Games on Android: Easy Guide

Xiaomi brand Redmi, will release its two flagship phones this week: the Redmi K20 and K20 Pro. Details of the regular K20 have now surfaced, painting an image of an extremely attractive sub-premium device. This new Xiaomi company top brand phone will have great specs. The Xiaomi Redmi K20 will have a 6.39″  LED display with a screen resolution of 1080 x 2340 pixels and runs on Android v9.0 (Pie) operating system. The device is powered by Octa core (2.2 GHz, Dual core, Kryo 470 + 1.8 GHz, Hexa Core, Kryo 470) processor paired with 6 GB of RAM. As far as the battery is concerned it has 4000 mAh. Over that, as far as the rear camera is concerned this mobile has a 48MP + 13MP + 8MP camera . Other sensors include Light sensor, Proximity sensor, Accelerometer, Compass, Gyroscope. So, does it have a fingerprint sensor? Yes, it does. For graphical performance that can make games run smoothly, this phone has got a Adreno 618 GPU. On board storage is at 64 GB with the option to expand the memory by Yes Up to 256 GB.

Some leaked photos of new device: 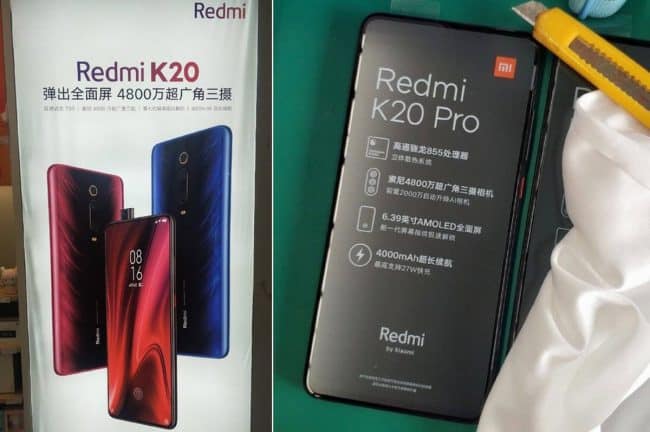 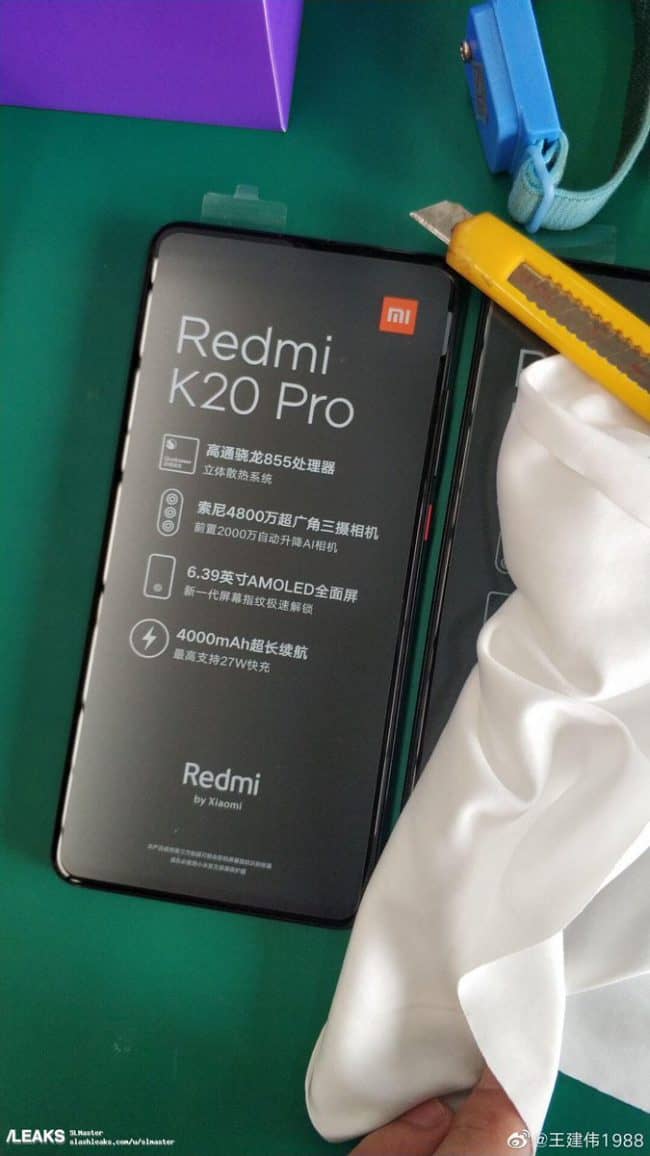 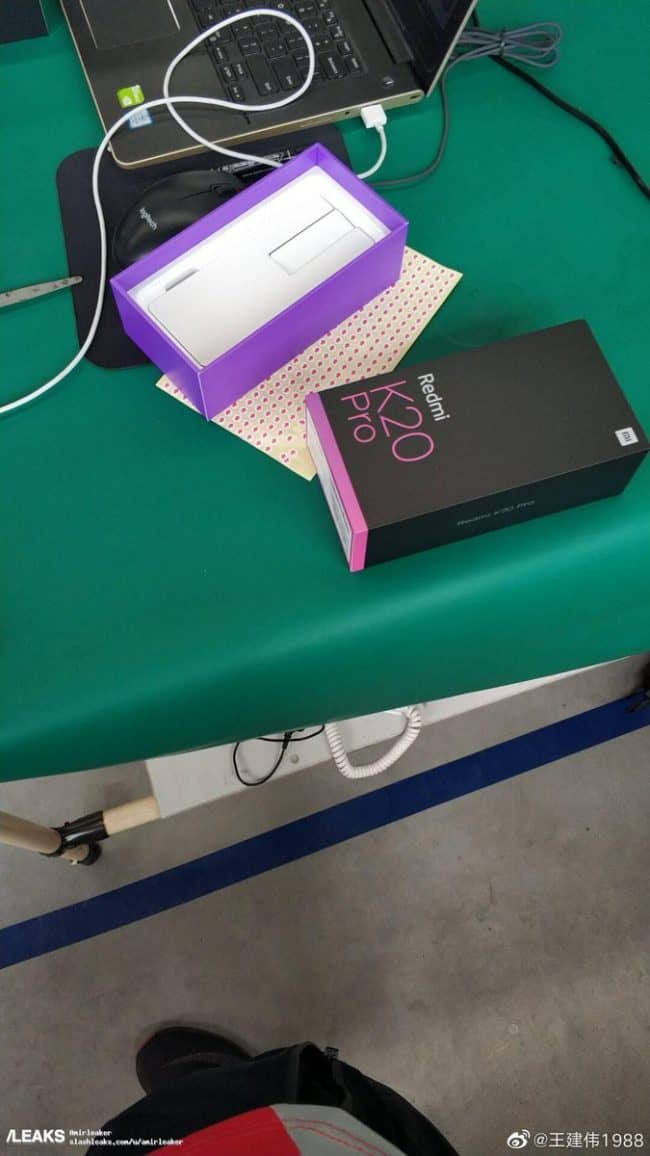