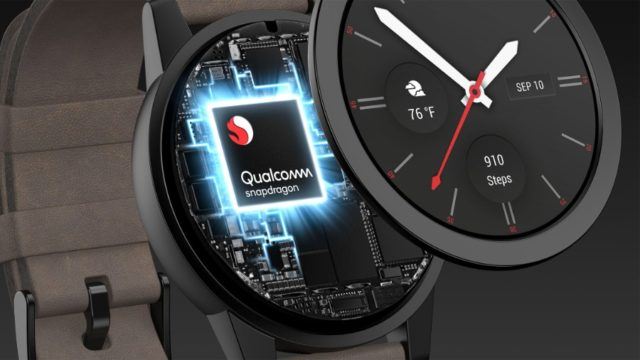 After a two-year-long wait, Qualcomm officially announced Snapdragon Wear 3100 at an event in San Francisco. The new chip is a successor to Snapdragon

After a two-year-long wait, Qualcomm officially announced Snapdragon Wear 3100 at an event in San Francisco. The new chip is a successor to Snapdragon 2100, which you will find in most of the current wearables.

The new Qualcomm chip features a whole new architecture, long hours of battery life and a bunch of new features. Let’s look at a few highlights of new Snapdragon Wear 3100 –

According to Qualcomm, the new chip can last up to 1.5-2.5 days on the Wear OS. There are up to 49% reductions in battery consumption in tasks like GPS or keyword detection. When operating in the lower power mode, battery consumption reduces by 67% as compared to Snapdragon 2100.

The company also unveiled a new feature called “Traditional Watch Mode” which is like an extreme power saving mode. Here, the watch will only showcase a simple watch face and give access to some basic information. Stripping down the features on this mode will make any watch last up to 30 days.

Qualcomm has revamped the whole architecture in the new chip. Unlike the previous chip where “phone architecture was shrunk for a watch,” the Snapdragon Wear 3100 is made with a complete focus on the wearables.

New Features of Snapdragon 3100 with WearOS

Apart from the Traditional Watch Mode, Snapdragon 3100 promises to bring lost of new features for the Wear OS by Google.

These features include the new Ambient mode, which will show colors, complications, support adaptive brightness, and even a smooth second hand. Also, there will be a dedicated sports mode which will save 15 hours of battery life while using the device for sports. That includes a GPS system and the heart rate.

You will be pleased to know that many companies have already tied up with Qualcomm to bring the new chip into the smartwatch market like Fossil Group, Louis Vuitton, and Montblanc, etc.