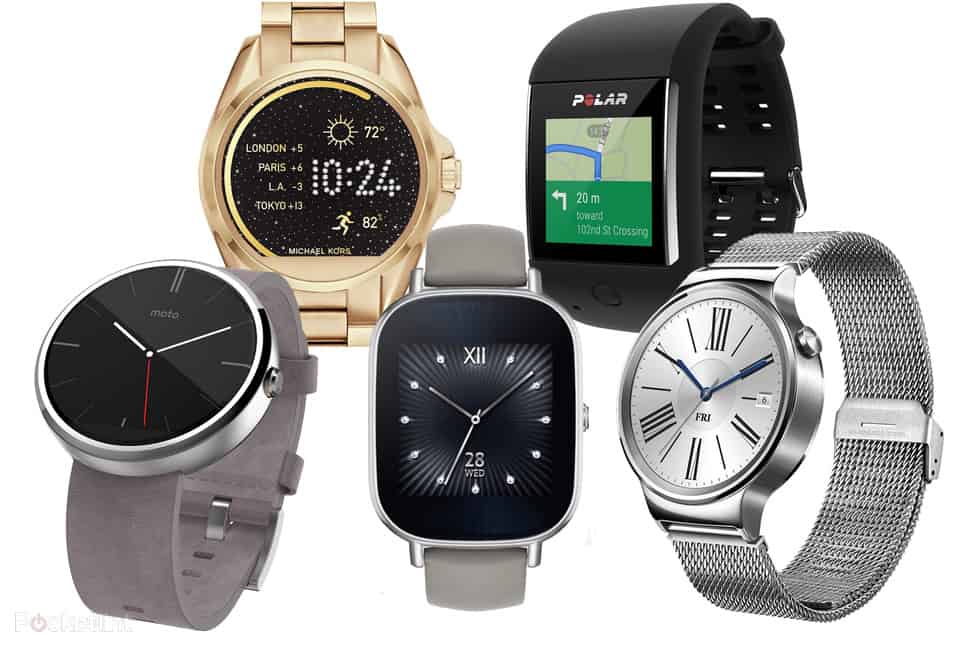 A number of new Android smartwatches have been launched in 2017, catering to everyone's needs and tastes. The big question is: which smartwatch is the

A number of new Android smartwatches have been launched in 2017, catering to everyone’s needs and tastes. The big question is: which smartwatch is the right one for you or you should stick to conservative clock? The options out there are within everyone’s reach, as most of the latest wearables gadgets are strong performers, very well designed and relatively cheap. Now that we’ve had a chance to complete our full reviews, we’ve been able to compile our list of the top Android smartwatches available today.

You’ll often hear people say “third time’s a charm,” and this is certainly the case with Asus’ latest smartwatch. The display, quick recharge time, long-lasting battery, etc make it the best watch on the market. Asus has targeted millenials with the design of the ZenWatch 3. This smartwatch with its three buttons looks much sportier than other watches that the company has so far released, for a more personal and unique twist. The new design also comes with IP67 certification, meaning it is resistant to water and dust.

To date almost all Android Wear smartwatches have come equipped with the Snapdragon 400. Asus has set the margin a little higher now, as the ZenWatch 3 comes with Qualcomm’s Snapdragon 2100. When we put it to the test, we found the performance was solid.

There is no built-in pulsometer, GPS or SIM capability. For sports, navigation or connecting to the internet without being tethered to a cell phone, you should look elsewhere. The ZenWatch 3 offers the basics you expect from a smartwatch: notifications, fitness tracking, playing music via Bluetooth, hands-free operation features and more.

Huawei has succeeded where many manufacturers have gone wrong: it made a watch that looks good and performs well. That’s not to say that the Huawei Watch’s performance is substandard, but with its relatively weak battery life, no ambient light sensor and a couple of interface problems, Huawei’s wearable is a little behind the likes of the Moto 360 (2015). That said, if you want the best looking watch on Android – this is it.

The larger of the two watches available is the ladies’ variant. The watch face can come encrusted with Swarovski crystals, but only with leather bracelets. Whilst the popularity of the Huawei smartwatch has endured the price has dropped, so it is now one of the cheapest high quality Android wearables around today.

The LG Watch Urbane 2nd Edition (3G) gets top marks with a full round display, a large battery and a great mobile interface. Its design is also a big success, though some people have mentioned that the watch face is a bit too tall. 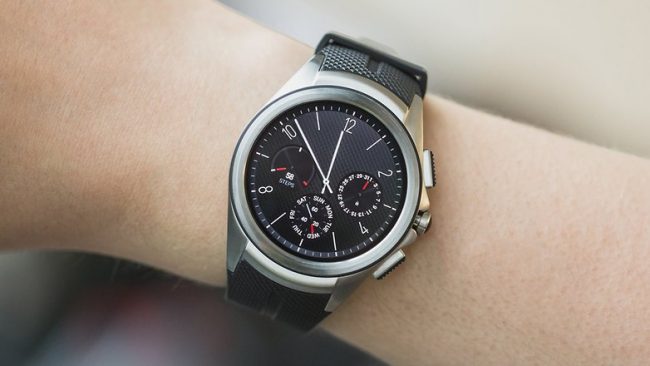 One special feature which is unique for an Android Wear watch: You can insert a nano SIM card, which allows you to make calls or send SMS. That said, this isn’t a “must have” feature as you can easily sync the smartwatch to your smartphone thanks to its Bluetooth connectivity. All in all, its a well rounded device and is it expected to become cheaper over time, making it an attracted Android Wear option.

Hands down the best smartwatch for sports and hiking is the Samsung Gear S3. It comes in two versions: Classic with a leather strap and Frontier with a silicone strap. Both are water and dust resistant. Samsung uses its own operating system called Tizen, but it is still compatible with all smartphones. The Gear S3 also comes with Bluetooth, so once you’ve set it up you will be able to receive SMS, notifications and calls from your smartphone.

The smartwatch comes with GPS, a speedometer, barometer and an altimeter, so it is the ultimate hiker’s companion. Athletes can use the smartwatch to measure their pulse and count their steps. You can store MP3 files on the watch itself and listen without having your phone paired if you’re out for a run. The price of the Gear S3 is higher than most other Android Wear devices today, with prices starting at $299. That said, from what we’ve seen, it’s worth the cost.

In terms of elegance the Huawei Watch 2 can’t really keep up with the first generation, but why would it want to? With the plastic casing and the sporty look, this smartwatch is clearly aimed at active people looking specifically for a sports watch. Huawei Watch 2 comes equipped with a number of training modes, sensors and monitors for all your sporting needs: GPS, Bluetooth, heart rate monitors, WiFi, even NFC, are all present and accounted for here.

The Huawei Watch 2 also has other advantages. These include the current Android Wear 2.0 operating system, an optional SIM slot for nano SIM cards, and a microphone and loudspeaker for your calls. Not bad for the $259.99 price tag it now has, and it’s only going to get cheaper over time.

Do you own any Android gadgets? Which would you say is the best Android smartwatch? Tell us what you think in the comments.