The Looming Threats That Crypto Markets Are About to Face

Bitcoin and other cryptocurrencies have been making the news again after a recent crash down from all-time highs. It’s gotten experts talking about wh

Bitcoin and other cryptocurrencies have been making the news again after a recent crash down from all-time highs. It’s gotten experts talking about what the short-term and long-term trends we’re going to see in cryptocurrency are and how major plays like governments and organizations are guiding them.

However, this system comes with a major caveat. These computations take electricity and, in many cases, lots of it. This wasn’t a problem in the early days when there were fewer users and fewer miners. But today, cryptocurrencies are using as much electricity as the entire nation of Sweden. As they continue to scale, this electricity use is proving to be unacceptable.

The solution to this problem might already be in use by some cryptocurrencies. Bitcoin, among others, uses a proof of work system that requires power-intensive calculations. Many newer cryptocurrencies are switching to a proof of stake system that requires less energy per transaction. This new development can achieve energy per transaction in the same range as most credit cards.

Cryptocurrency markets swung wildly in response to Musk’s actions, with his prominent opinions driving speculation. The same thing could continue to happen into the future, and not just from Elon Musk. As a highly speculative area, crypto markets are vulnerable to speculation. The impact that individual figures with unclear and often puzzling motivations can have is a serious concern for many investors.

Regulation can have positive and negative effects on cryptocurrencies. Having an effective framework for monitoring and regulating exchanges and other organizations involved in cryptocurrency can protect users and investors. However, restrictive measures could see cryptocurrencies lose the very benefits that lead people to use them.

Even if not outright illegal, government regulations and taxes could make cryptocurrencies no different from regular currencies in practice. Reporting requirements or even forcing transactions through state intermediaries could be effective measures against tax evasion and money laundering, but they limit the privacy and versatility that many cryptocurrencies are looking for. When we looked into crypto-related money laundering activities we noticed that there are a lot of scams that are being heavily promoted these days. The one we were able to track was named Yuan Pay Group app, which was recently exposed by a very well-known website. This kind of activity is causing regulators to become very edgy and implement stronger safeguards designed to protect investors. 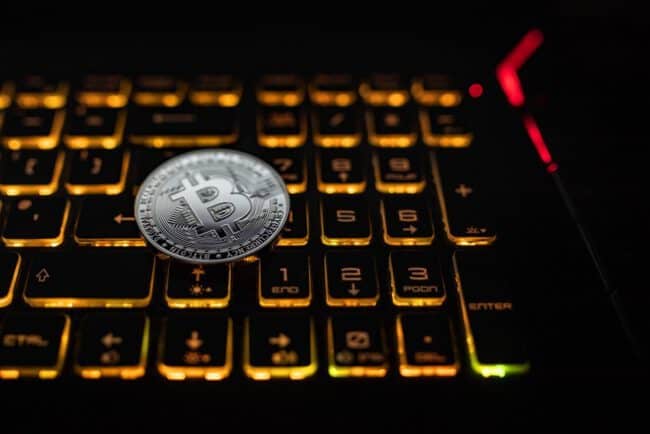 The blockchain is a type of online ledger that keeps track of all the transactions carried out with that cryptocurrency. However, it is sometimes possible for people to exploit the blockchain and insert other data that is propagated along with financial information. While crypto transactions are safe due to encryption, this additional data can be inserted.

There are numerous types of content that cannot legally be transferred from person to person through the internet. This is exactly what continuing the blockchain does, so illegal material inserted into the blockchain could be construed as an active crime by all participants. The implications of this problem and its potential solutions are completely unknown at this time, but it certainly seems like a substantial threat to the future of cryptocurrencies.

Many countries around the world are at various stages of producing digital currencies. Some of these are more like traditional cryptocurrencies than others, but they all allow for digital transactions. The key difference is that an official cryptocurrency will likely have some stability enforcement from the state. This would make them an ideal choice specifically for carrying out online transactions that could supplant cryptocurrencies as we know them.

It isn’t quite clear how or if cryptocurrencies are going to weather the oncoming threats. The ones we know about seem bad enough, but new threats could emerge in the future that we haven’t even considered today.