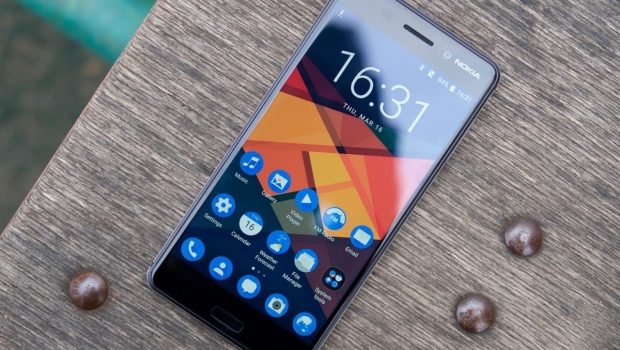 2017 was great for mobile phones, we have seen many new designs, patterns, and hardware & software. Bezel-less displays and dual cameras were the

2017 was great for mobile phones, we have seen many new designs, patterns, and hardware & software. Bezel-less displays and dual cameras were the most common features. Apart from that, many newcomers debuted the market with good phones.

Even the old king returned: Nokia. There is hardly anyone who doesn’t know this name. This giant mobile phone manufacturer pulled down its shutters in 2014 due to heavy loss in mobile sales. But in 2017, “Nokia” came back to the market using a collaboration with HMD Global. The first device launched after their comeback was the Nokia 6 running Android, launched on 3 January 2017.

The specs were so-so. The Nokia 6 was powered by a Qualcomm 430 chipset, 4GB of RAM and 32GB of onboard storage. The storage can be expanded up to 128GB using a dedicated micro-SD slot.

The phone has a 5.5-inch full HD display covered by Gorilla Glass 3. It also had 16MP rear and 8MP front facing camera. All major sensors were present except the LED notification light. There was a 3000mAh battery which was enough to last all day long.

It was first released in China on 20 January 2017, shortly after the announcement. Demand was high, and it was sold out within minutes after receiving over a million registrations. On 26 February 2017, at Mobile World Congress 2017, it was announced that Nokia 6 will be available globally. It was released in other Asian markets including Malaysia on 30 May 2017 and has been rolled out in Europe starting June 2017.

Its launch in the United States was on 6 July for $229. It was released on Amazon.com on 12 July for a price of $179.99, containing Amazon advertisements.

The Nokia 6 launched in India on 23 August through Amazon, priced at ₹14,999. On 10 August, it was announced that the device received over 1 million registrations on Amazon India.

Apart from the Nokia 6, other models like Nokia 3, 5, 8 were launched. However, they didn’t dominate the market.

Nokia debut the market with the Nokia 6 and after getting great sale and feedback they were set to launch the next-gen Nokia 6. We call this the Nokia 6 2018 edition.  This the first phone launched in 2018.

I wasn’t expecting that. Let’s see what we got this year.

This phone has same 5.5-inch Full HD display covered with same Gorilla Glass but with an upgraded design. The body is made with 6000 series aluminum and a mix of two colors. This makes it more solid and premium than its predecessor. They also upgraded the processor to Snapdragon 630. The Snapdragon 630 is an octa-core processor clocked at 2.2GHz and coupled with Adreno 508 GPU. The phone has 4GB of RAM and 32GB or 64GB storage which can be expanded by a dedicated micro-SD slot.

The cameras look the same. As with last year, the rear camera is 16MP and the front-facing camera is 8MP. Both cameras have the same aperture of f/2.0.

The battery is still same: 3000 mAh. The old micro-USB is replaced by the new USB Type-C. The fingerprint scanner is moved to the back and the front physical buttons have been replaced by on-screen navigation keys.

I think this device is balanced between odd and hot.

The odd things are:

The hot things are:

The phone comes with Android 7.0 out of the box. They promised that the Oreo update would be pushed out sometime next month. I am very disappointed by this.

I conclude that if you want a powerful phone with solid build and can compromise on the camera, then you should go for this.

I would like to end this article wishing everyone a Happy New Year!