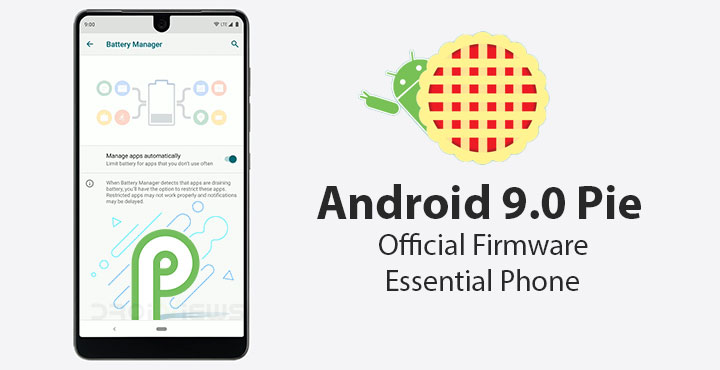 The newest version android named ‘Pie’ it out, but not for everyone. The newest version of its mobile OS has plenty of exciting new features and updates to play with, but the big question is: when can you get it on your phone?

For more details on Android Pie, you can read our in-depth breakdown here, but some of the new features include:

Digital wellness tools to show users how much time they spend on different apps and which ones are responsible for your notifications. It lets you take control of your usage by putting a variety of usage limits in place, or by enabling a wind-down function that gradually turns your screen to black and white, whilst enabling do-not-disturb, to help you sleep more easily (you do need to sign up to a separate beta for this however).

Gesture based controls for handsets without home buttons. You are now able to swipe to switch between apps and access Google Assistant, similar to the functions offered on Apple’s buttonless iPhone X.

Slices is an appropriately named feature which will helpfully bring up parts of apps in relevant places, such as when you’re searching for something related on the web.

AI adaptivity which covers things like battery usage, brightness, and changes to the home screen based on your activities and the time of day.

An open beta for Android Pie on the OnePlus 6 is now available to download. OnePlus is keen to point out this is still a beta and isn’t as stable as the current ‘full’ version of its Oxygen OS. Here’s the changelog for the new release:

Go to the OnePlus website to read the installation guidelines for the new release.
A company spokesperson said that the OnePlus5/5T would be next to receive the update, followed by the OnePlus3/3T. The 3/3T update will skip over the previous version of Android, 8.1, in order to do this.
Samsung Galaxy S9, Galaxy Note 9 and other models
Samsung’s devices were not on the beta and there is currently no news about when its top end models such as the Galaxy S9 or Note 9 will receive Pie.
However, Samsung appears to be testing its new devices on the latest version of Android. The S9 has popped up on the testing website GFXBench. First noticed by Galaxy Club, the update indicates that Samsung is running early tests of Pie on its devices. This doesn’t mean the full update for users is imminent though. When WIRED contacted Samsung, it did not have any news on its Pie plans.
A leaked update roadmap for Samsung’s devices shows that it will still be working to add the previous version, Oreo onto existing mid and low-end models until March 2019, indicating that users of models such as the Galaxy J7, On5 and On7, C7 and Tab A might be lagging behind for some time.
Motorola G6, G6 Plus and other models
Motorola has confirmed that the following phones will get Android Pie at some point during the autumn of 2018:
Of these phones, only the X4 and three G6 models are available in the UK.
HTC U11 Life, U12, Desire 12 and other models
As manufacturers of the U11 Life, which runs on Android One, HTC will have a Pie enabled model by the general autumn deadline. Hopefully this means that other models like the U12+, U11+ will get updated shortly afterwards. HTC confirmed these models in a recent tweet, but didn’t reveal when the updates would arrive.

While not involved in either the beta or the Android One series, Huawei has begun offering Android Pie to select owners. A spokesperson for the company said that in China it had already started offering Pie to some users, but that the number was very limited. The models compatible with Pie in China at the moment are the P20 series and the Mate 10 Pro.

As a sub-brand of Huawei, Honor is already working to bring Pie to its top-spec handsets. A spokesperson said it was currently adapting the Honor 10 and Honor View 10 for Android Pie and that it would be gradually introducing the new operating system to other handsets “according to the progress of the adaptation”.

With no phones using Android One, or selected for the beta, LG looks to be at the back of the queue for getting Pie to its users. We will have to wait and see whether the G7 ThinQ, G6, V30 and their siblings will be blessed with the new OS by the end of the year. The firm did not respond to a request for comment.

Sony Xperia XZ2 and other models

Sony’s XZ2 was one of the models that Google allowed Android P to be beta tested on before it fully become Android Pie. However, this doesn’t mean that the model and Sony’s other phones will be getting Pie anytime soon.

A blog post from the company says its premium models – the Xperia XZ2, XZ2 Premium, XZ2 Compact, Xperia XZ Premium, XZ1 and XZ1 Compact – will get Android Pie from November. For people with the XA2, XA2 Ultra and XA2 Plus there’ll be a long wait with the new operating system available from early 2019.

The Nokia 7, produced by HMD Global, was one of the first phones to get Android Pie through the beta program. But this hasn’t meant the device has received the full version yet. Juho Sarvikas, HMD’s chief product officer, has tweeted that the fourth beta of Pie is now available for the Nokia 7 Plus users. This may be the final beta HMD issues before the full Pie update. “Last chance to help us perfect #Android #Pie before official release,” Sarvikas tweeted.