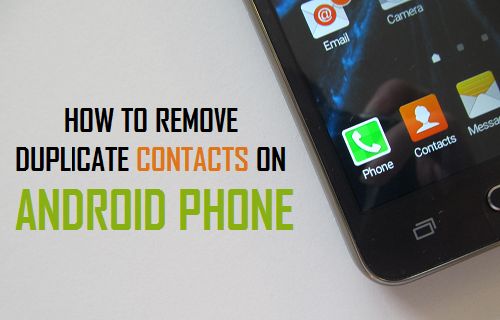 How to merge or delete duplicate contacts > Android

If your contact list is full of such duplicate numbers and you have been trying to sort it out, well, we are here to help you. There are two ways to merge or delete duplicate contacts in Android. One involves the use of Google contacts, while for the second method you would have to download a third-party app from the Play Store.

If you want to merge the contacts with same name and number using Google Contacts, here’s how to do it: 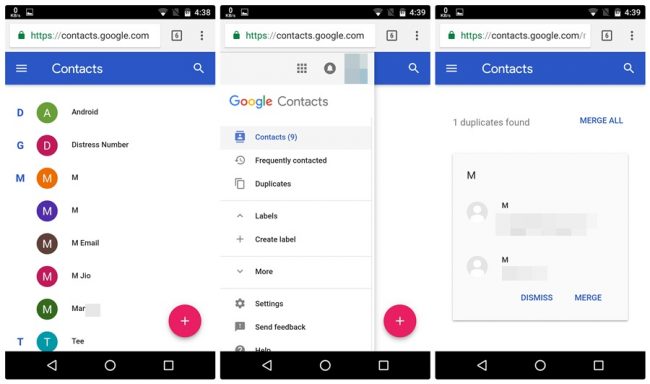 That’s all you have to do to merge duplicate contacts. If contact sync is on across all your devices, you will see the result immediately.

There are many apps on the Google Play Store that let you merge duplicate contacts, however, some of them don’t have good UI while others only work like Google contact merger.

But, but, but. We found a really cool app on the Play Store that not only has a great intuitive layout but it provides three different ways to sort and merge your duplicate contacts. These include duplicate contacts, duplicate phone numbers and duplicate emails.

The app, which is known as “Simple Merge” (download link below) lives up to its name, as the app is very easy to use and handle. Further, the app features other functions as well, such as it shows contacts with no name, no phone number and even unused contacts. Besides that, the app also creates a local backup before merging the contacts.

To merge contacts that have the same number but different name, follow the steps: 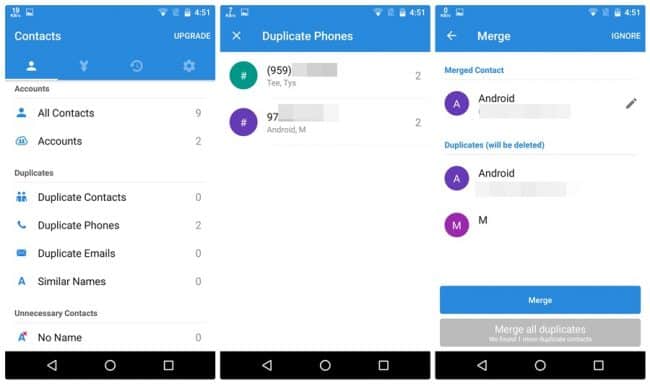 Similarly, to merge contacts with the same name but different number, tap “Duplicate Contacts” and merge the contacts.