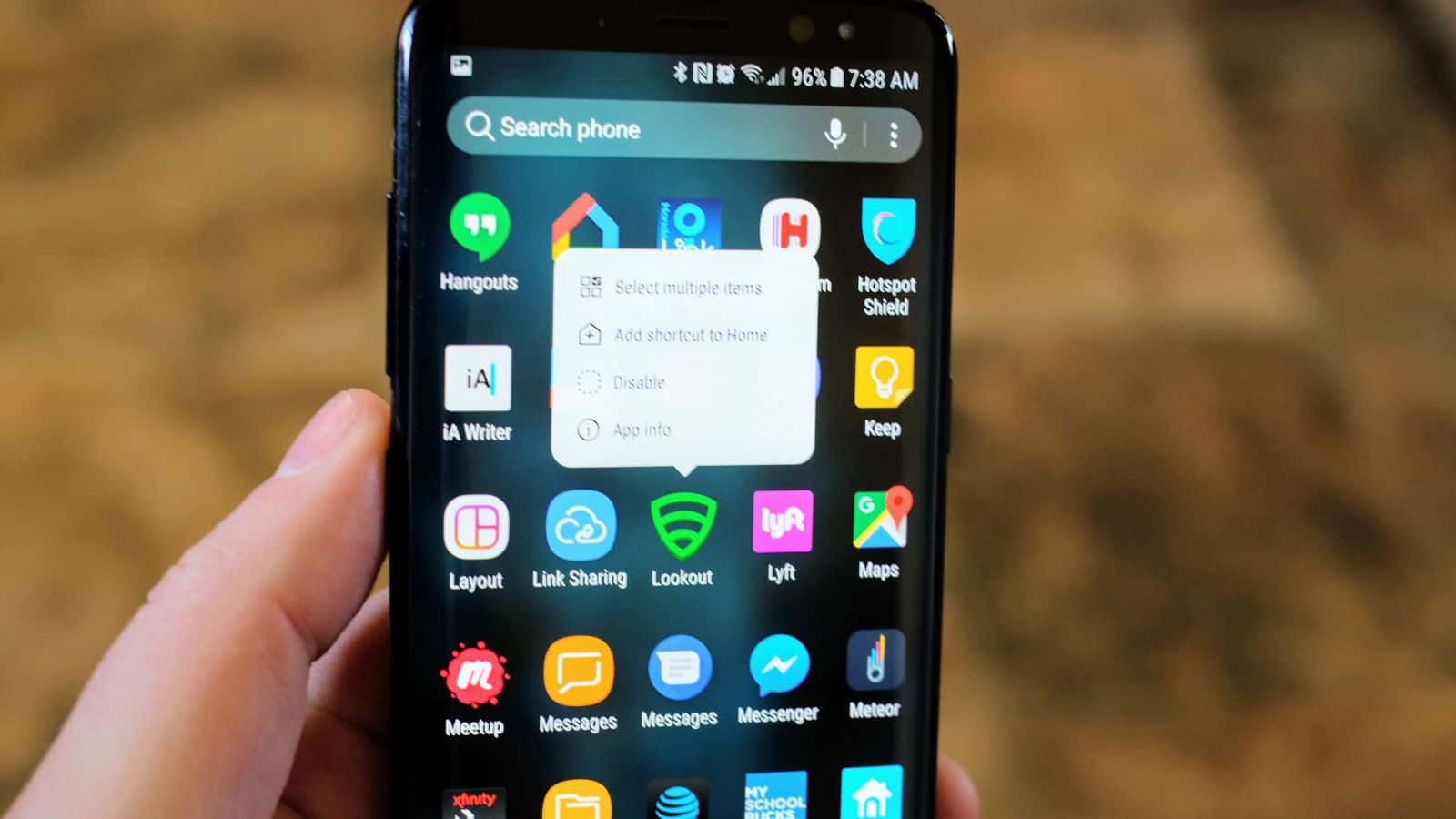 How to Disable All Bloatware on Galaxy S8 and S8+

Samsung’s Galaxy line of devices have been quite known for the amount of bloatware they carry. Much of those are TouchWiz apps and services that you m

Samsung’s Galaxy line of devices have been quite known for the amount of bloatware they carry. Much of those are TouchWiz apps and services that you most probably don’t need. Even though Samsung’s new skin on the Galaxy S8 and S8+ has a lot less bloatware up front, it still has quite a lot of it. Carrier branded Galaxy S8 models come with an added ton of bloatware and it’s all a complete waste of resources bogging down the performance. Usually, you can’t get rid of all the crap without rooting. Luckily, you can at least disable all bloatware on Galaxy S8 and S8+ and quite easily too.

You will, however, need to use an app called Package Disabler Pro which is a paid app. The app works for every Samsung device and it’s a powerful app, worth the $1.49/₹95 price tag. Since the app can disable installed system packages, it can prove to be risky since it doesn’t tell you which packages are safe to disable. If you disable the wrong packages it might cause issues, so fully debloating your Galaxy S8 on your own can be a risky affair.

That’s where XDA user BAYmustafa96‘s XML file comes into play. It’s a worry-free way to debloat over 120 apps in one go using Package Disabler pro. If you’ve not been happy with the performance of your beautiful new Galaxy device but were too worried of disabling the wrong apps, you can rejoice.

As already mentioned, this is a paid app so you’ll have to purchase it from the Google Play Store before you can install it. That said, if you’re a Samsung fan and plan to keep buying Samsung devices, the app is pretty much worth every penny. Once you install the app, don’t launch it yet.

Due to some recent changes introduced by Samsung, Package Disabler Pro needs an additional add on to fully function. Don’t worry though because unlike Package Disabler Pro, this add on is completely free of cost so feel free to head over to the Play Store and install it.

It is now time to download BAYmustafa96‘s XML file that we previously mentioned. This file automatically disables more than 120 apps via Package Disabler Pro. You can download it from the link provided below.

How to disable bloatware

You now have everything that you will need so go ahead and launch Package Disabler Pro. Tap on the three dot menu icon in the upper right corner of the screen and select Import from xml. On the pop up that appears, tap the Select button and navigate to the bloatware disabler XML file you earlier downloaded. Select the file and tap the Import button on the pop-up. Package Disabler Pro will now proceed to disable over 120 apps using the XML file.

Once the process is finished, you will receive a notification letting you know of the same. You can now exit the app and use your device normally, hopefully noticing some positive changes. There’s also a possibility that you may have disabled some apps that you actually used. Apps like Bixby, People Edge, and Google Play Music are all disabled but if you use any of the disabled apps, don’t worry. You can go back to Package Disabler Pro, scroll through the list and find the app you’re missing, then simply un-tick the box next to it.

Disabling so many useless packages should, in theory, give your device a boost in performance. It should also mean a slightly better RAM usage, resulting in approximately 1.6GB of free RAM. But we know better than that by now, don’t we? We know that theories don’t always translate to practical use.