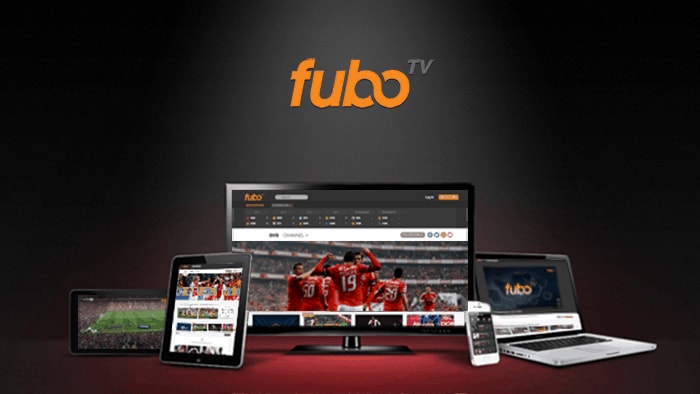 fuboTV used to be a quiet streaming service, mainly focusing on providing as much football (soccer) as you could stand to watch. There’s nothing quie

fuboTV used to be a quiet streaming service, mainly focusing on providing as much football (soccer) as you could stand to watch.

There’s nothing quiet about them anymore.

Just look at these major channels that fuboTV has added to their live TV streaming lineup recently:

For a streaming service that just started in 2015, they’re making a lot of noise in the industry.

If this sounds good so far, here’s everything you need to know in my fuboTV review.

All channels in 1080p HD: To me, it’s all about picture quality. If it doesn’t look great, I’m not interested. Every single channel in the lineup streams in full HD 1080p goodness.

Digital Channel Guide: Just like your cable TV service, fuboTV has a digital channel guide to tell you what’s on. You’ll never go back to streaming live TV without it.

DVR: Sometimes life gets in the way. You can record up to 10 programs and keep them for three days after they’ve aired.

Watch anywhere you want: Whether you want to watch on your TV, your PC or your mobile device, fuboTV has you covered with apps for most major devices.

Stream live sports: This is what most people are missing when they try to cut the cord. With a sports-centered lineup, including your local Fox Sports channels, you can keep track of your favourite team, even if you don’t live in the local market.

So what channels can you get? Well, as I mentioned earlier, fuboTV has been adding a lot of new channels lately. In fact, they’ve added an additional $55 million dollars in venture capital from such big name investors like Univision Communications, 21st Century Fox, Scripps Networks Interactive, the U.K.’s Sky, and former NBA commissioner David Stern.

We’ve already seen new channels added from Fox, the NBA and Scripps. My guess is that Sky channels can’t be that far behind.

If that’s not enough, fuboTV has additional packages and add-on channels that might be what you’re looking for.

There are Spanish and Portuguese language packages that can be added. Fubo Latino costs $14.99 per month for 13 Spanish language channels. Fubo Português costs $19.99 per month for 6 channels in Portuguese. Or, if you’re adding those packages to an existing fubo Premiere subscription, there’s an additional discount.

What soccer leagues can you watch?

fuboTV’s core market is the football fanatic. If that’s you, then you won’t be disappointed.

I’m going to be showing screenshots of the NVIDIA Shield Android TV app in this review. But the layout is extremely similar, no matter which app you’ve installed.

fuboTV is going to feel instantly familiar to any one that’s ever watched cable TV before. The app pulls up quickly and automatically signed me in.

From there you’ve got four tabs along the top of the screen that direct you to where you want to go: Matches, Channels, Schedule and My DVR.

One of the first things that struck me about fuboTV was how fast the channels loaded. I’m used to watching that status dial spin for a few seconds before my video plays, even on YouTube. More often than I’d like, I’m waiting for ten to fifteen seconds just staring at a blank screen.

That didn’t happen with fuboTV. Every channel loaded and started playing within 2-3 seconds after selecting it. Every. Single. Time. It didn’t mater what time of day, or what channel I was watching.

Everything played right away.

I’m used to 4K streaming services like Amazon Prime and Netflix, so it’s always a little disappointing when I look at live TV. It’s still broadcast in HD, so there’s a visible quality difference. That’s nothing against fuboTV. They can only do so much, and if nobody is broadcasting in 4K, there’s not much they can do about it.

When I changed to a different channel, it was fairly common for the site to load in standard definition (SD) and then switch to high-definition (HD) a few seconds later. If you’ve used any streaming service, this is par-for-the-course, so I won’t ding them for that.

Overall, the streaming experience was exactly what you’d expect for a cable TV replacement.

Come for the sports..stay for the extra stuff

If everything else wasn’t enough, then here are a couple of other benefits that fuboTV throws in.

The core of fuboTV’s streaming service is the fubo Premier package. That will set you back about $34.99 per month for over sixty channels – all in HD. There’s also a Spanish and Portuguese channel option at either $14.99 or $19.99, respectively.

This isn’t as great a deal as it used to be, but it puts it in line with many of the other streaming services.

It feels instantly familiar. There’s no wondering what to do next or where to go. The four main headings are easy to understand and easy to use. Personally, I’ve never been much of a channel surfer. I’ve always had specific things to watch, and that’s it. So I spend most of my time in the Matches tab. I find things that I don’t normally follow, but enjoy watching when they’re on – like F1 racing. This makes it easy to do that.

But it also lets me channel surf if I want to. I wish the channels were grouped a bit better. I don’t see any rhyme or reason to the way they have them sorted. For right now, it’s not bad. There aren’t enough channels that I ever felt lost, but I think it would make it easier if there was some more organization.

The bottom line is that fuboTV isn’t trying to be different. They’re trying to give the familiar look and feel to your cable TV box, but at a fraction of the cost.